Compound - a new bubble or an indication of strength?

Compound is the latest means in the line of decentralized finance. There are a number of reasons for its increased demand and factors that need to be taken into consideration - is it a new bubble, or is it a force to be reckoned with?

Maker, the leader of decentralized finance protocols was recently overtaken by Compound, which has surged in popularity since mid-June. It was partially connected to the launch of its governance token, COMP, the distribution of which began on June 16. Since then, the price of Comp has more than tripled to $223  with value locked  in the protocol reaching almost $640 million as of June 30.

The demand for COMP has, of course, benefited the entire DeFi market. Total assets locked in all protocols rose from 1 billion USD to 1.64 billion since mid June.

The first steps in the launch process of Compound happened on February 26, 2020, when its founder, Robert Leshner, first unveiled  the protocol’s governance model with its ERC-20 token COMP. In April, the next step they took was that of towards decentralization - community governance replaced the administrative team in governing the Compound protocol. The protocol that defines the distribution of tokens to users was set on June 15, 2020. Users are able to take part in Compound’s governance process by using COMP tokens to vote on community proposals.

Reasons for the increased demand 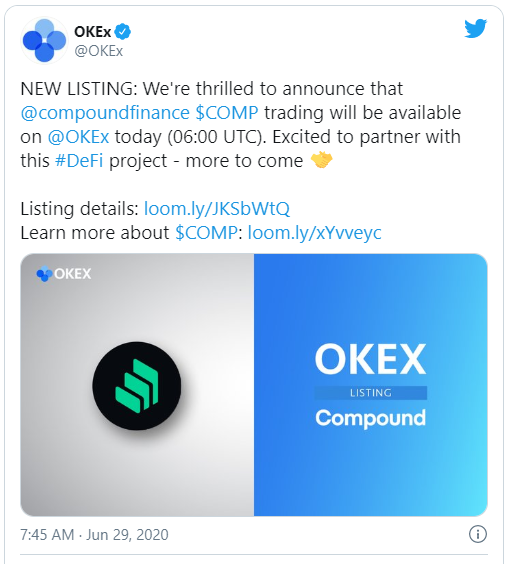 Are we looking at a bubble?

The hype surrounding its token can be overwhelming and look something like a market bubble, considering its resemblance to the initial coin offering, or ICO, bubble that peaked in 2017. Since the distribution of COMP in June, users have started to farm their yields in an attempt to maximize their returns. Let's see two of the main concerns of the community. 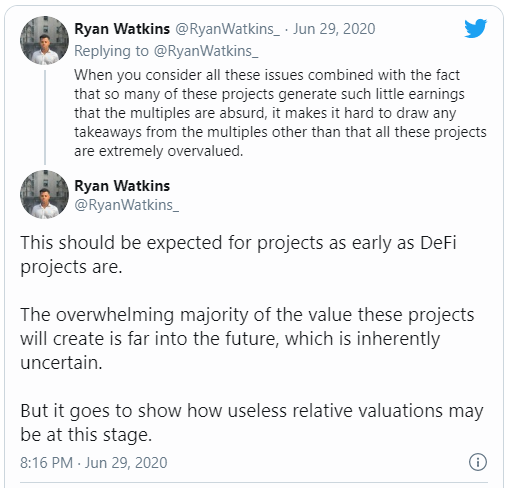 DeFi: is it sustainable?

Vitalik Buterin, co-founder of Ethereum,  recently stated that Compound’s sharp rise to popularity has distorted the community’s original vision of the nature of DeFi. In particular, he believes that the high interest rates currently available in DeFi indicate “temporary arbitrage opportunities” or other “unstated risks.” 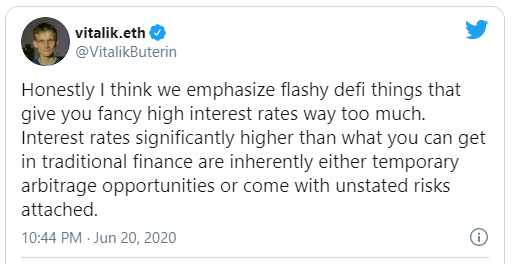 Apart from the surging interest in and prices of DeFi protocols and their tokens, Compound’s popularity may after all indicate that a more robust decentralized finance ecosystem is being built. Felix Mago, co-founder of multiple Asia-based Dash (DASH) adoption companies, told OKEx Insights that he also believes DeFi has the potential to unlock new opportunities in the financial sector.

“I personally believe that DeFi is more than just a flashy word and has the potential to create real value for people and provide new opportunities in the financial sector. Generally speaking, I am happy to see that more and more companies are entering the DeFi space and coming up with many great ideas and products. Whether these new ideas and products are sustainable is another question. Everyone should consider that high yields and interest rates usually bear high risks. I can, therefore, only recommend everyone to do their own thorough research.”