Plus Token maintained an illusion of sustainable business by pretending the funds are used to develop cryptocurrency-related products such as the Plus Token Wallet and Exchange.

Scams are all too common in the cryptocurrency world — in addition to the monetary losses sustained by affected individuals, scams paint a negative picture of the industry and may scare off potential participants as well. However, in the case of one notable 2019 scam, the consequences may go beyond the direct victims. It seems that 2019 will also be remembered as the year of the uncovering of PlusToken, a cryptocurrency Ponzi scheme that allegedly took roughly $2.9 billion from investors.

What is the PlusToken and how did it work?

“Plus Token” was a cryptocurrency Ponzi scheme disguised as a high-yield investment program. Based in China, PlusToken presented itself as a cryptocurrency wallet that would reward users with high rates of return if they purchased the wallet’s associated PLUS cryptocurrency tokens with Bitcoin or Ethereum. The owners claimed those returns would be generated by “exchange profit, mining income, and referral benefits.” PlusToken would go on to be listed on several Chinese exchanges and hit a peak price of $350 USD, raking in investments from millions of people. PlusToken had a major following in Korea and China — especially among investors not familiar with cryptocurrencies. The scheme offered 9% to 18% monthly returns on investment.

PlusToken became popular by relying on conferences and meetups to promote the token, like the one shown in these videos. 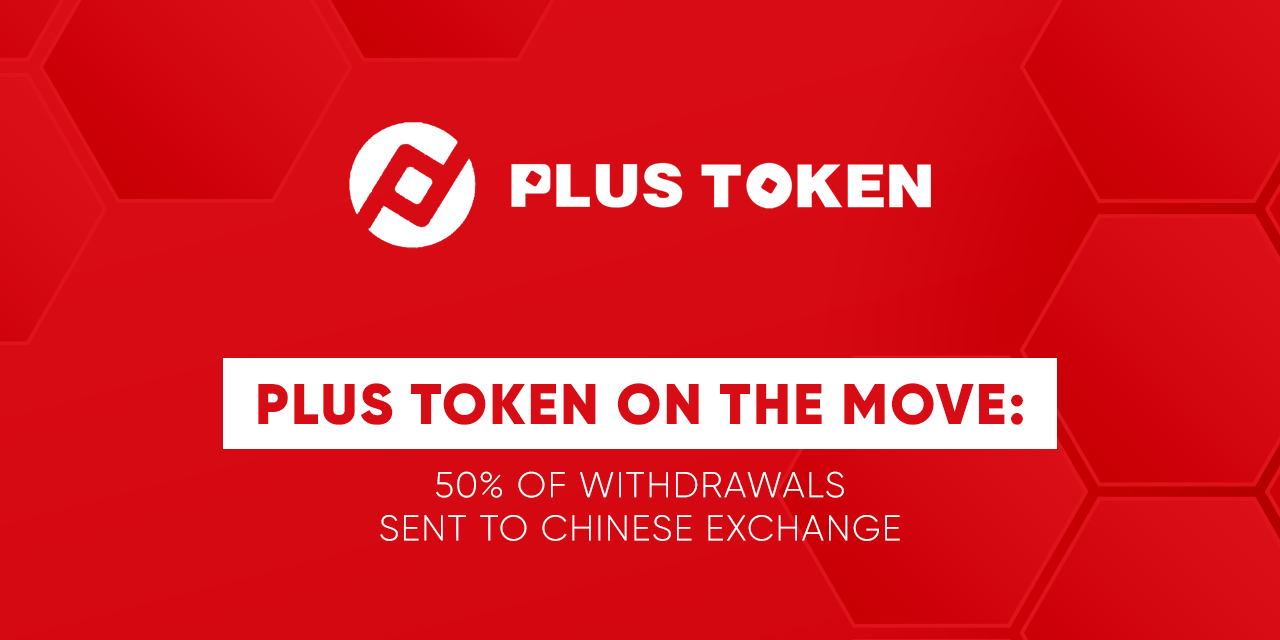 Plus Token maintained an illusion of sustainable business by pretending the funds are used to develop cryptocurrency-related products such as the Plus Token Wallet and Exchange. However, returns are generated by dividing more recent investments to pay off older members. The illusion of a sustainable business is what classifies this as a Ponzi Scheme — victims believed that they were investing in a business that generates high returns. Additionally, had a strong referral element, which gave huge bonuses to any member who referred friends and family into the scheme. Investors were divided into 4 “tiers”, according to how much they invested and how many other referrals they can make. This meant the more a member referred, the exponentially higher the return.

Many of the transactions were conducted through mixers like Wasabi Wallet, which utilizes the CoinJoin protocol to make it more difficult to trace the path of funds. Here’s an example in the form of a graph below, courtesy of Chainanalysis Reactor.

The scammers also utilized peel chains and other complex movements to obfuscate the path of funds. This is an example for the scammers’ obfuscation attempts.

Where did the money go?

Rumors that PlusToken has something shady going on had an impact on the funds sent to the platform: blockchain analytics firm Elementus showed “a sudden halt in deposits near block 8,040,000 (June 27th), which, incidentally, is the same day that several members of the PlusToken team were reportedly arrested in Vanuatu.”

The report, which analyzed the ETH tokens that flowed out from PlusToken, said that indeed, “of the 9.9 million ETH collected by PlusToken, 9.2 million ETH has already been sent out” to “248k different addresses.” The vast majority of the ETH that left the platform was highly concentrated in a handful of addresses.

“It is unclear whether these addresses truly represent users at the top of the pyramid, or a PlusToken exit scam disguised as user withdrawals.” — stated Elementus.

Did the PlusToken scam liquidations bring down the price of Bitcoin?

So far, the PlusToken scammers have cashed out at least $185,000,000 worth of stolen Bitcoin, so analysts say that large liquidations generally tend to depress the price of Bitcoin.

Timeline for the eventual downfall of the scammers

What are exchanges doing to deter scammers?

Those behind Plustoken rely on cryptocurrency Exchanges to dispose of their scammed funds. Cryptocurrency exchanges do have Know Your Customer (KYC) measures in place, however these events demonstrate that their KYC measures were ineffective in stopping them in that instance. Since the previous selloff, exchanges have stepped up their standards: Huobi has launched Star Atlas, an on-chain analytics tool to identify problematic activities such as fraud and money laundering, and, peer-to-peer exchange Paxful has partnered with Chainalysis so that the exchange’s transactions can be monitored in real time.